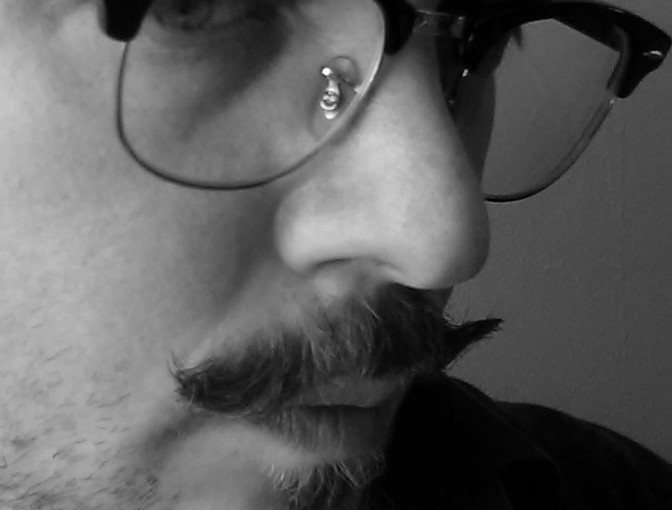 Let me be up front about this: I don’t give a fuck.

I have no fucks to give. I keep no fucks on my person. I possess no fucks to my name, either on paper or in long-term storage. You will never find me transferring fucks by wire or hand. If fucks were taxed, the IRS wouldn’t make a single lonely-assed penny off me. Once upon a time I might have tried to give a fuck, as we are all prone to doing dumb shit when we’re children. However, I cannot, at this point, even recall how to give a fuck. All the fucks I ever had were used up in a seemingly distant youth. This means, as a child of the 80’s, that I haven’t given any fucks since roughly around the time Number One Son sold that Mogwai to Hoyt Axton. And that, brothers and sisters, was a long goddamn time ago.

At this point, some readers might be asking why, if I exist in such a perpetual state of fucklessness, I would bother to address any issue in a public forum like the internet. This confusion arises due to lingering misunderstandings about the difference between giving fucks and shits. It is something of a nuanced issue, so allow me to clear up the most common misconception on the subject.

“Not giving a fuck” is demonstrably different from “not giving a shit”. If a person doesn’t give a shit, they simply don’t care, either about the issue at hand or anything else. They’re comfortable in their ignorance, likely due to fear of intellectual complexity or deep-seated feelings of sexual inadequacy. The world has no shortage of such people, and it shows. Fuck those people in whatever uncomfortable orifice you prefer for such metaphors. I stand in direct opposition to such a mindset, and in so doing somehow manage to give even less fucks than zero. Which is, as previously stated, the normal number of fucks I give. Those keeping count, take note: We are now into the negative fucks.

By contrast, giving no fucks is a declaration of purpose without quarter to the usual collection of tired and repeating non-arguments so often employed by the unwashed masses. It is is a sublime recognition that the blade of one’s intent need not be tempered by the indulgence of other people’s inability to cope with what one has to say. It is devotion to a chosen task with the understanding that objections will be many, varied, and about 99% immaterial. It is the realization that this world is filled with ill-informed opinions, voluntary ignorance, and outright stupidity. And further, that those who sling such intellectual garbage around are usually the same people most likely to trumpet their butt-hurt when someone with an ounce of rationality calls them on their bullshit. I would say that such folk can eat all the dicks, but I’m honestly not sure the world actually has enough dicks for that. Also, I don’t give a fuck.

What then, is my purpose? Oh what an excellent question, you non-existent tool of rhetoric. As a generalist, I have many purposes (purposii?), none of which are inhibited by the energy it takes to give fucks. Here, in this forum, it will be simple commentary; analysis, observation, and the postulation of questions I find interesting on a variety of subjects. This commentary will be unfiltered and without remorse. There will be no trigger warnings here, because if you’re the sort of spineless shit that needs safety rails on the things you read then you’d probably be better off illiterate. Also, if profanity makes you cry I’d like to invite you to wipe the tears from your face, leave this blog immediately, and go do something constructive like grow the fuck up.

Still here? Good, congratulations on possessing the barest minimum of fortitude. Now, should you keep reading? As I don’t give a fuck, that’s clearly up to you. But here’s a rough set of guidelines: Ask yourself if you feel an affinity for reflections and ruminations on subjects ranging from politics and pop culture to science and society, with no rhyme nor reason as to their grouping. Ask yourself if you might enjoy reading on these subjects through the filter of someone who checks his facts as best he can and slings more curses than a lawful evil cleric. Ask yourself if you too are ready to be released from the burden of fuck-giving, or have been thus released already. Ask yourself if you’d rather be working or wasting time on the internet.

If you answered yes to these questions, then watch this space gentle reader. Because there is much, much more to come. I can’t promise you the most fine-tuned monologue in the world, but I can promise you that I mean what I say and won’t hold back saying it. And maybe there’ll be a laugh or two, because the world is goddamn hilarious.

And if this isn’t something you’re interested in, well. See above.

Okay, you bitches (and sons thereof), now you know where I stand.

My name is Paris Battle. And I don’t give a fuck.

One thought on “Entry One: In Which Is Examined The Concept Of “Zero” In Its Interaction With The Related Concept, “Number Of Fucks I Give”.”