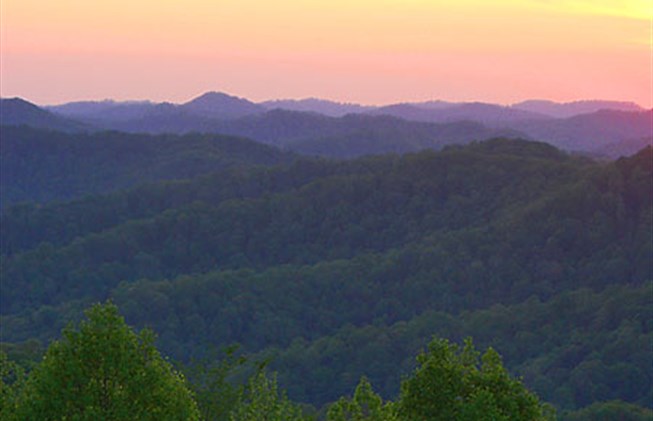 There is unrest brewing in the Appalachians, and for once it doesn’t involve moonshine or meth. For everyone out of the loop, let me put you in the picture real quick:

In June of this year, the Supreme Court of the United States issued a ruling that declared state-level bans on same-sex marriage to be unconstitutional. This effectively rendered gay marriage legal in the United States, forever and ever, the end, finally putting to rest one of this generation’s civil rights issues and ensuring that couples who loved one another could be legally married regardless of whether or not their genitals matched. Now, at last, gay people everywhere could proudly march up to their nearest magistrate, clerk of court, or miscellaneous local government official and legally participate in the same level of agony that straight people have enjoyed for years.

Except, of course, when said government official is a giant shithead.

You see, in the hills of eastern Kentucky (fucking surprise!) there is a county called Rowan. Thankfully, it’s no relation to the Rowan County I hail from, which I’m proud to say finally got its head out of its ass to the point that it hosts a yearly Pride Event.

I couldn’t believe it, either.

In any case, the local Clerk of Court in Kentucky’s Rowan County is named Kim Davis. Now in addition to her elected office, Kim is also an Apostolic Christian who holds the belief that marriage is defined in the eyes of God as between one man and one woman. In the view of the Apostolic tradition, biblical scripture is the one true source of information concerning the great question of “what god wants”. And from this stems the belief that the only valid marriages are the sort outlined in the books of the King James’ Bible.

As something of a side note: I have not, as of this writing, been able to ascertain how many concubines Mrs. Davis’ husband possesses, nor how many sets of Philistine genitals he mutilated for her hand in marriage. So if anyone has any information on those subjects, I welcome them in the comment section.

So with the defense of sacred family in mind, Kim Davis is refusing to issue marriage licenses to same-sex couples. She began this in June and was promptly sued by several couples making the (obviously unreasonable) demand that she do her job. The federal judge of her district, one David Bunning, agreed. He issued an order for her to do what she was elected to do. She appealed, and lost.

She then sent a request to the Supreme Court to intervene, apparently forgetting who put her in this position in the first place. SCOTUS predictably declined, and Kim Davis was left with no legal recourse to continue her nonsense. Her choices had been whittled down to three: Do her job, resign, or stand in contempt of court by continuing this rampant attention whoring, leading to her likely incarceration.

Since I’m writing about this, you can probably guess for which she opted.

So let us pause and follow the apparent logic for a moment. Firstly, forget that the Bible’s stance on homosexual behavior is at best murky, and that it says not word one on whether or not gay people can be married in the eyes of the Lord. That’s actually not the point. Kim Davis’ interpretation of her religion is not under question or criticism, much as she would obviously like to believe. She’s entitled to hold in her heart whatever truths she prefers, and no one has any authority to question the whys and wherefores of that, even if it is baffling and ignorant.

And for the sake of argument, let’s also ignore the fact that her duty as an officer of the government has absolutely NOTHING whatsoever to do with her religious convictions. She’s not being asked to profess her belief that these marriages are valid in the eyes of her god, herself, or her faith. She is merely being asked to issue paperwork expressing the legal position of Rowan County Kentucky in her capacity as its officer.

If she feels the marriage in question is invalid in the eyes of her Lord, and further believes that said deity is the all-knowing, all-powerful master of the cosmos, then a piece of paper issued by a minor government of mankind shouldn’t make a fly’s shit worth of difference. God would obviously still send all these sinning homos to hell, right? If she fears damnation herself for being involved due to her profession, she should perhaps recall that one of the Apostles collected taxes for the same government that killed Christ.

Furthermore, separation of church and state was a principle held sacrosanct by the founding fathers. These would be the same founding fathers she references in her written statement on the matter. Interestingly, the originator of her own religious tradition was big on the idea, as well.

But again, let’s forget all that.

Because the there are only two issues in play here, and they can be illustrated by considering the following questions:

Firstly: Can Kim Davis, the individual, unincorporated private citizen, be required by her government (state or federal) to engage in an act that violates her religious convictions?

In our cultural and legal tradition, absolutely not.

It is both illicit and immoral to force any private citizen to engage in activities that violate a precept of their faith in the name of government regulation. It’s why you can’t draft the Amish to fight a war.

Second question: Can Kim Davis, the Rowan County Clerk of Court, be excused from performing a task related to her assigned duties as a public servant if she feels said duties violate her religious convictions? And still keep her job?

Fuck no she can’t. If she doesn’t like that, she can resign. Period.

If Kim Davis feels that her current duties… ANY of her current duties, are so theologically questionable that her performance of them is going to land her in a lake of sulfur, then she can quit. Her intractable grandstanding is not a revolution, and she’s not supporting anything other than the right to act like a stubborn, overgrown child.

Despite my colorful language, I am not judging Mrs. Davis personally. It would be easy to point out the hypocrisy of a person on her fourth marriage defending the “sanctity” of biblical matrimony. It would be convenient to dredge up the litany of poor ethical choices she’s made in her own personal life. But Kim Davis says she’s been born again and forgiven by the blood of Christ. Having not consulted with Christ myself, I’m completely willing to take her word on it.

What I WILL point out is this: Kim Davis is in the employment of the public. She makes $80,000 a year in one of the poorest regions of the country, and every dollar of that comes from the taxpayers. These taxpayers elected her, and they elected the politicians who comprise the legal system that instructs her as to what her job entails. A great many of these taxpayers are likely, in the eyes of her faith, sinners. They are homosexuals, adulterers, thieves…. God help us, maybe even a few Muslims.

So I have to wonder: In the process of taking her taxpayer funded check to the bank every payday, has Kim Davis ever once felt a crisis of faith on the matter? Has her employment in the legally secular institution of government ever caused her to refuse compensation? Would she, perhaps, be willing to take a pay cut commiserate to the percentage of polled taxpayers in her county who think that her position is ridiculous? Perhaps as compromise, the county can allow an assistant clerk to sign marriage licenses for the heathen gays, thereby providing insurance for the soul in addition to her generous salary?

And with those questions lingering in the air, likely forever, I would like to conclude by addressing all my fellow Americans, of any socio-political background, who may be jumping to the defense of this holier-than-thou little tyrant:

Imagine a small group of United States military personnel of your favorite branch, locked in heavy combat. Imagine they’re under fire, hunkered down, bullets flying and getting ready to make a critical move to attack. Imagine the blood and death in the air, the crumbling buildings and/or blasted terrain of some modern hellhole of combat surrounding these young people, Americans all, getting ready to either live or die by their ability to work together.

Now imagine that the commander of that unit calls upon upon one of them to get in position and fire on the enemy. And just for the sake of hypothesizing, lets say this kid is a Muslim.

And the kid looks at his commander and says, “I’m sorry sir, but we’re fighting fellow Muslims. And it is my deeply held religious conviction not to kill men who share my faith. You’ll have to get someone else to do that.”

Would you support him?

Because if you would, you’re a moron. I wouldn’t support him, that’s ridiculous.

And if you wouldn’t, then you’re a hypocrite, because you’re supporting Kim Davis.

And she’s ridiculous, too.

3 thoughts on “Entry Six: The Kentucky Clerk Court Denying Gay Couples Their Marriage Licenses Is An Asshole, And Supporting Her Makes You Look Like An Asshole”