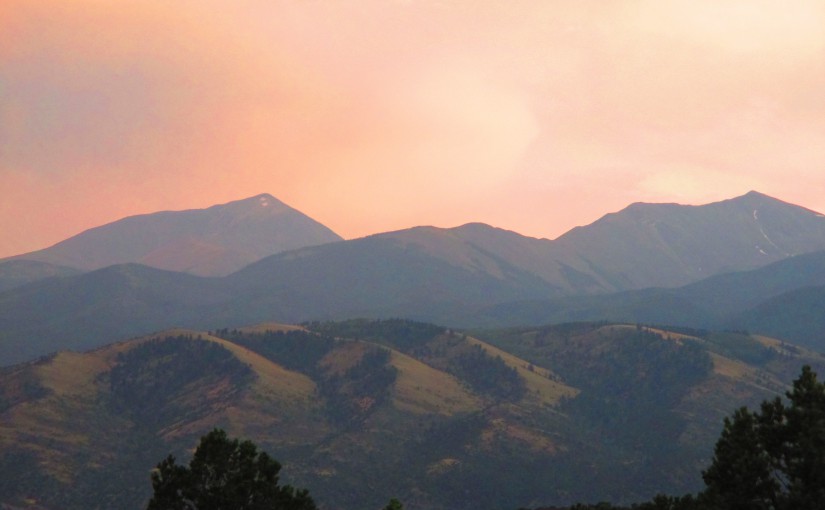 So, let’s talk about Colorado.

Colorado is not my natural environment. It’s dry, the air is thin, and it’s full of people who own yoga mats and consider bicycling at two miles above sea level to be “light exercise”. Denver, in particular, is a frustrating clusterfuck. It’s a city with a LOT going for it, and a billion neat places to visit. Places that, unfortunately, traffic prevents anyone from getting to in a timely fashion. Colorado’s capital is bloated with new growth and follows the transportation philosophy that if eight lanes is good, sixteen lanes will be just frickin’ awesome. Fully half the city is under construction. It’s like Charlotte on steroids and without any black people. This is not the sort of place conducive to the prosperity of a whiskey-drinking, humidity fueled Southern boy whose most strenuous activity is your mom.

So, other than legal weed, why come at all? Well that’s an excellent question, whose answer speaks to the greater truth of life’s journey. Comfort zones are lovely and all, but we truly learn who we are when we roam outside them. In fact, it could be said that we become who we are outside our comfort zones. Bartholomew Roberts was comfortable in the merchant navy; he became Black Bart after pirates kidnapped him. Simo Häyhä was comfortable on his farm; the Winter War turned him into the White Death. Conan was comfortable on the Wheel of Pain… actually that’s a bad example. Anyone comfortable on the Wheel of Pain is pretty much already “The Destroyer”.

So what did I become in Colorado? Dehydrated, mostly. But I honestly can’t complain. See, here’s the thing about Colorado, if you plan on travelling through there: There is a LOT of public land to camp on. I mean, a LOT. Like every twenty miles of state highway had an access road to forest service areas, most of which had no fees of any kind. Google search, pull off the road, pitch a tent. If you don’t mind sharing your evenings with the local wildlife (which I was relieved to discover only included black bears and not grizzlies) then you’re golden. And because of that, you get to experience this shit right here: 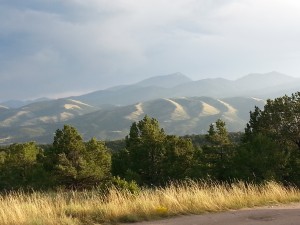 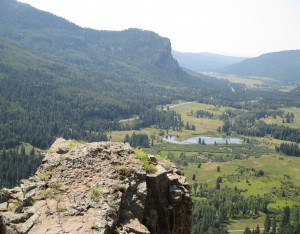 And of course this: 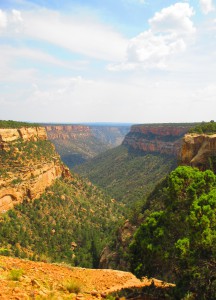 What I’m trying to say is that this state is picturesque as fuck. You couldn’t move more than a few feet down the road before some new spectacular vista was laid out in front of you. In particular, Highway 160 across the southern part of the state is nothing but one postcard-worthy stop after another. There were enough soaring cliff faces and billowing clouds to keep bad landscape painters busy until the end of civilization. Honestly, it’s legitimately overwhelming. I discovered there’s a such thing as TOO much natural beauty. I started to get fatigued from all the awe. If that sounds weird to you, you try making that drive and see if the same thing doesn’t happen. I recommend doing it in warm weather like I did, though. I think the winter up there would be a hellish thing.

But of course, cheap camping and scenic overlooks are hardly the first thing that come to mind whenever anyone mentions Colorado, right? There’s something much more interesting about the state that I’m sure everyone wants to hear about.

Of course, I’m talking about Mesa Verde. This place is some seriously deep shit, so let me give you a little background.

Sometime before Jesus was born, ancient hunter-gatherers in what is today the Four Corners region of the American southwest began developing agriculture and settling down, like you do. By about 700 CE they had developed a complex culture with an intricate religion, knowledge of astronomy, and oh yeah ENTIRE GODDAMN CITIES BUILT INTO THE SIDES OF CLIFFS.

Early Spanish explorers called them “pueblos”, the Spanish word for “town”, because apparently they were running low on imagination that day. You might have heard these people referred to as “Anasazi”. The Park Service is trying to get away from that term, because it’s a Navajo word that means something like “enemies of our forefathers”. This tells me that these people probably took precisely as much shit as you would expect from anyone who climbs two miles above sea level to carve their home out of solid fucking rock. In any case, this went on until the 12th century or so, when they got the hell out for unknown reasons that college professors probably argue over a lot.

Whatever the reason, they left behind these magnificent ruins, which are very well preserved due to the high and dry environment of their construction. And in the early part of the 20th century, equally magnificent badass Teddy Roosevelt established the US National Parks, with the pueblo cluster at Mesa Verde being among the first. Now, for a minimal fee, you can go camp at the base of this giant plateau by night and go hiking among the ruins by day. And you should, because holy shit.

It’s not too many places you can sit by firelight and listen to coyotes barking within reach of over two millennia of human history, but this park is just such a place. While I was there, I saw a working dig site… 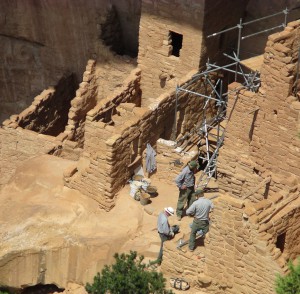 …stood in the bottom of a kiva (likely a religious chamber, like a sweat lodge)… 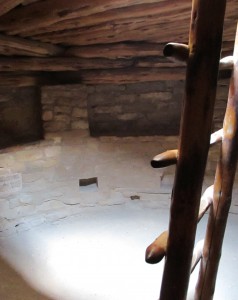 …and basically roamed the canyons feeling like a dehydrated Indiana Jones. 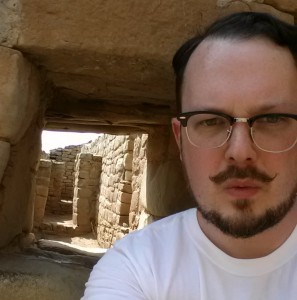 So yeah, go. If for no other reason, I’d love to wind up in just ONE national park that’s filled with someone other than vacationing Europeans.

As for the rest of Colorado, well… there was one more positive aspect.

Cannabis. Marijuana. Weed, herb, chiba, tea, dope, Mary Jane, reefer. There, I said it. It’s for sale legally in Colorado, and yes, out-of-state tourists can enjoy the hell out of it. You’re allowed a quarter-ounce with a valid and up-to-date ID, plus an indeterminate amount of edibles (I didn’t ask). If you’re curious where, I can only recommend a spot I visited, the cleverly named Altitude. The staff were friendly, knowledgeable, and totally willing to indulge an out-of-towner who was just dumbfounded he was buying weed in a fucking legal retail establishment. The prices are more than manageable, too.

And thus, upon experiencing endless scenery, ancient civilizations, and retail ganja did I find myself thoroughly exhausted. Overall, Colorado is a fine state with friendly people. But seriously, you fuckers need to get an atmosphere. I barely had the lung capacity to smoke my weed. But I managed.